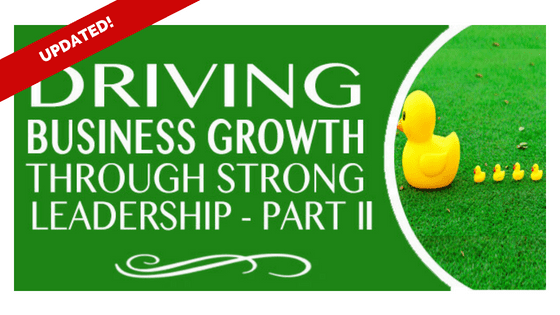 In a previous post, I shared my one line response to a popular question I am often asked — “What’s your advice on achieving fast business growth?”

For the first time, Bob even started posting a “do not disturb” sign on his door (and stuck to it) which allowed him to make huge strides in working “on” his business.

Bob chose option B and began to reframe what business he was really in. And, after some practice Bob even came to embrace it.

We use cookies to ensure that we give you the best experience on our website. I acceptLearn more