Winning the Battle of the Mind: Your Mission Critical Business Growth Plan

There are many roadblocks and obstacles that stand between you and success. Running a business isn’t easy, but one thing that is for certain is that defeating your demons and overcoming those gremlins that stand in your way can be the hardest part of growing a business.

As entrepreneurs we expect to write out our business growth plan to include things like our marketing strategy, our customer service strategy, our cash flow strategy and our organizational development strategy. These are all important pieces to have in our business growth plans. However, in 100% of all the strategic plans I review from small business owners to CEO’s of mid-size companies, there is a chapter missing that in my opinion, is mission critical to have in place. That is — how do you plan on winning the battle of your mind?

We’ve all heard inspiring stories how pro athletes won and even broke world records despite facing tremendous obstacles. They learned how to develop strong mental agility just the same as they learned to develop their physical muscles. As Vince Lombardi has famously said, “It’s not whether your get knocked down, it’s whether you get up”. As a business owner, you can pretty much bank on expecting to face challenges.

So, how do you go about creating your plan on winning that invisible battle of the mind?

Step 1: Identify your triggers. When do your gremlins pop up? We all have gremlins and demons that rear their ugly heads when things aren’t going quite how we’d like them to. They may appear when deals go wrong or when trade is quiet – they may appear at other times. We all have our demons, it’s how we go about defeating them that defines us as people, and essentially determines whether the businesses and ventures we embark upon in life are successful or not.

Step 2: Name your thoughts. When do you feel defeated? Our thoughts influence our emotions. Our emotions influence our actions. Negative emotions usually lead to inactions that often immobilize, disable and handicap us from responding proactively to our challenge.

One client broke free from her paralyzing period of anxiety when she finally named her thought. Do you know what it was? — “no matter what I do, my marketing is just not going to work.”

Another client transformed his sales results when he named the thought that was holding him back. For him it was “reaching out to stay top of mind with prospects is manipulative.”

Once they both actually named their subconscious thoughts they were able to squelch those defeating (and wrong) thoughts.

Step 3: Pre-plan empowering thoughts. In order to replace old negative thoughts with new positive ones, it’s more effective when you can pre-plan what those new thoughts will sound like exactly.

For example, the standard mantra to just “think positively” can sound trite and may not get executed in the right context. Because you can say to yourself  “I can do this” and that would fit the definition of thinking positively, but it’s not very helpful in the context of replacing the old thought of “no matter what I do my marketing won’t work”.

Instead, it would make more sense to pre-plan a more useful response like “I committed to be consistent every week in my marketing in order for it to work”.

For the sales gremlin example, we changed his thought to “focus on building genuine friendships — keep in touch with your friends” which completely changed his demeanor from feeling like he was doing something “to” them instead of “for” them. It also took the pressure off himself to sell, sell, sell to which in turn took the pressure of his prospects. It allowed them to drop their defenses letting them begin to know, like and trust their new friend.

Amazing to see such a powerful domino effect all from articulating and re-training the mind set. Don’t let your gremlins get the best of you. Stay one step ahead and plan on how you will win the battle of the mind.

Business Growth Expert Yoon Cannon has helped thousands of CEOs, entrepreneurs & small business owners achieve dramatic results in sales, productivity and profits. Over the past 20 years, Yoon has started 4 other companies and sold 3 of them. She is the author of numerous articles published in major print media and magazines. She is also a popular keynote speaker. Get Yoon’s free video “How to Find Your WOW Factor” at https://www.ParamountBusinessCoach.com. Call Yoon direct at (215) 292-4947.
Leave a Comment Through Facebook
© Copyright 2016

Evaluate your productivity with this FREE Excel Millionaire Time Template 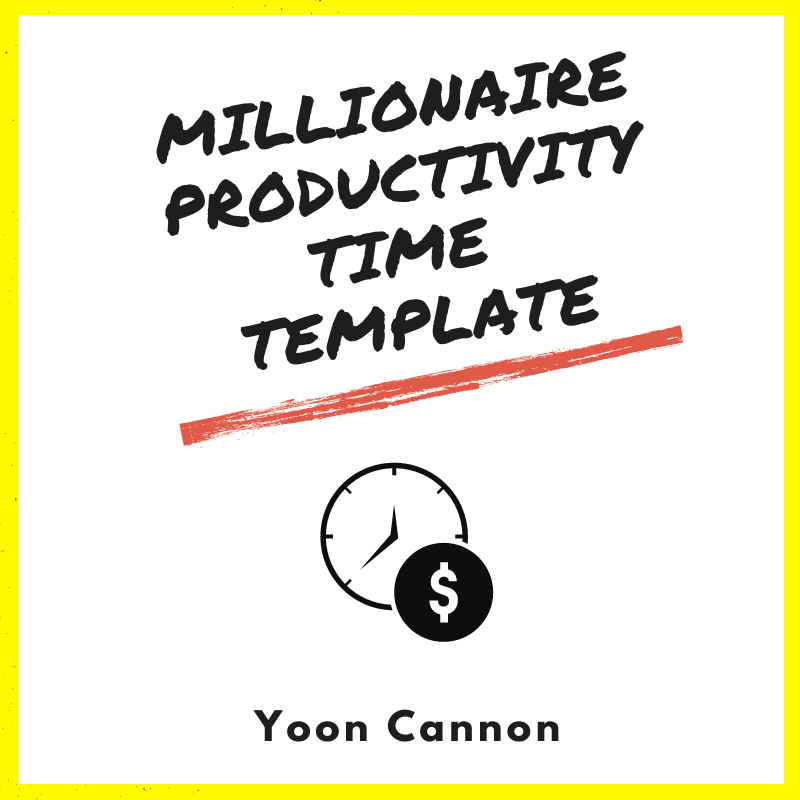